Author, reader and lover of books

Well, I have to say that my blog has been rather neglected of late. With 2017 seeing the launch of my own author career during which I’ve published three novels and a short story, time has been a commodity I haven’t had nearly enough of.

That being said, what a book to come back with!

BLURB
A spin-off from the bestselling Blackthorn series by Lindsay J. Pryor, set in Lowtown, the neighbouring district to Blackthorn. The product of a brutal class system, the dark, gritty world of Lowtown will grip you and never let you go.

Every few days the handsome stranger comes into the café in Lowtown for an hour a time. Most of the time he keeps himself to himself – one drink and he leaves. Sometimes people meet with him but about what remains elusive, the edge of mystery and danger adding to his allure.

Not that Ember is allowed to think about him. She’s finally on the cusp of gaining her citizenship and escaping Lowtown for good, so she can’t be seen to be involved with a vampire – evidence of one single bite would be the end of her prospects. But when those prospects are rocked by her links to the district’s dark underbelly, the stranger she must avoid could be her absolution – and she could be his . . .

I cannot tell you how long I’ve been waiting to sit down with the long-anticipated ‘Haven’ in my hands. Put it this way…. it’s been a while.

I’ve been a fan of Lindsay J Pryor for some time, but I’ll admit I did have a little nervous anxiety going on in the pit of my stomach as I opened this book. I love her Blackthorn series, and I’m highly anticipating the finale, Blood Broken. But to sit down with something completely new… well, would it meet my expectations?

So for those reading this review, I’m going to put you out of your misery really quickly… it did. It most definitely did.

Now although all of Lindsay’s novels are dark and gritty, I would say Haven was much more urban fantasy than PNR. Sure, the story focuses on two characters, and you could say there are hints of attraction between the pair, but I wouldn’t put this strictly in the PNR category.

Lindsay transports you right in the middle of the world she has created. She takes you into the heart of the action. You can smell the desperation of what it’s like to live in Lowtown, you can feel the terror, the hopelessness of being one of the unlucky folks who happened to be born into the wrong family, the wrong area.

But you can also be uplifted by the spirit of the people who live there, and none more so than our heroine, Ember, who, on the cusp of getting out of Lowtown to the more affluent Midtown is pulled into what I can only describe as a nightmare not of her making. But instead of crumbling, our girl leads from the front, inspires, thrills, digs her heels in, and stands up to those who seek to oppress.

At the beginning, I read slowly, keen to make sure I followed the story, for Lindsay J Pryor’s writing is not only absorbing, but it’s also intelligent. You have to pay attention. And gradually, I was pulled into Ember and Nate’s world, not like a voyeur, but as an active participant. I could have been Ember. I felt everything she did, I fought right alongside her, I urged her to triumph. From about the fifty percent mark, I couldn’t flick the pages fast enough.

I tried to work out how Ember was going to make it all okay when all seemed lost, but once again, as the author has done many times before, Lindsay J Pryor surprised, shocked, and astounded me with her storytelling, her guts, her ability to make the tough calls. Her ability to pull out something amazing… and when the covers are peeled back to reveal the outcome, she definitely provides that ‘What the heck’ moment!

Make no mistake: Lowtown is dark and gritty, and gives us more than a glimpse into the depths of human depravity. But it’s also uplifting, inspiring, and shows the strength of humanity, of how there are still those with determination to do the right thing, no matter what it costs them.

Lindsay J Pryor – I salute you. Please hurry up with the next in the series. I can’t wait. 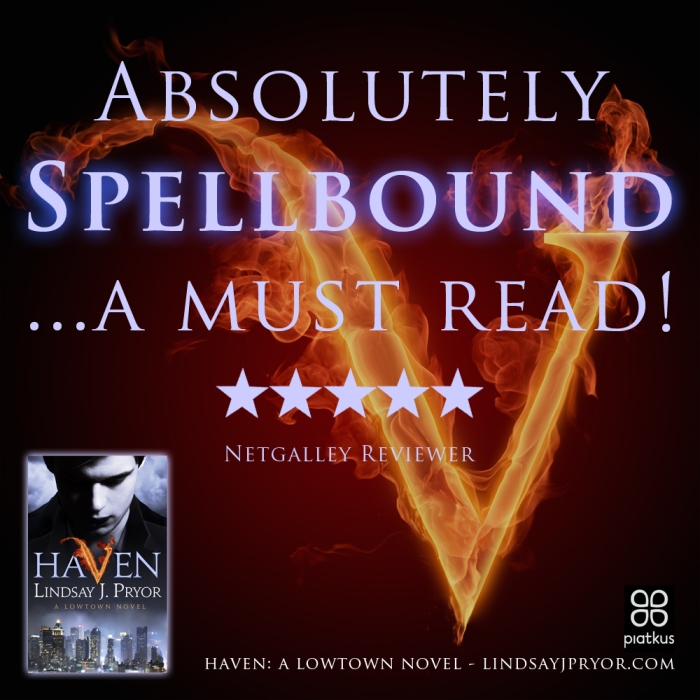 Lindsay J. Pryor is the author of the Amazon bestselling BLACKTHORN series, her dark, complex and gritty urban paranormal romances having achieved numerous Gothic and PNR number ones in both the UK and the US. LOWTOWN, a spin-off from the Blackthorn world, is her upcoming urban fantasy series of standalone books.

Quickly deciding that fantasy was more interesting than reality, Lindsay has been creating stories since she was nine years old. She holds a BSc (Hons) degree in Psychology and Communication and is a qualified Psychology lecturer and English teacher. She taught for eighteen years before becoming a full-time author.

Lindsay was born and grew up in Wales and now lives in South West England with her husband, their rescue bunny and a plethora of wild woodland creatures.

BLACKTHORN is published by Bookouture. Her LOWTOWN novels are being published by Piatkus (Little, Brown Book Group).

To find out more about Lindsay and her books, please visit her website: lindsayjpryor.com

6 thoughts on “Review of Haven by Lindsay J Pryor”